By Unknown February 17, 2017
7 interesting facts about diesel engines, and why they're an option for the sustainably-minded 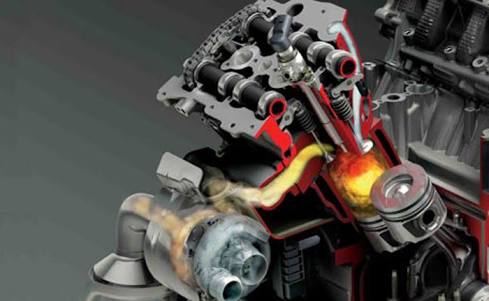 A gas engine is only about 20% efficient. That means only 20% of the fuel actually moves the car, and the rest is lost to friction, noise, or engine functions, or it goes out as heat in the exhaust. But diesel engines can reach 40% efficiency and higher. That's why they are so popular for moving heavy vehicles like trucks, where extra fuel really starts to get expensive.
That’s because diesel is much less flammable than gasoline. In a car, it takes intense pressure or sustained flame to ignite diesel. On the other hand, if you toss a match into a pool of gasoline, it won't even touch the surface — it ignites the vapors above the surface. (Please don't do this at home!)
In 2002, the United States produced about 10 million gallons of biodiesel. In 2012, that number was 969 million.
Gasoline engines operate at a very specific ratio of fuel and air. At high altitudes, the air is thinner — literally: there are fewer molecules of air per cubic foot. That means that in the mountains, gasoline engines have to add less fuel to keep the ratio perfect, which affects performance. Diesel engines have turbochargers, which pump more air into the combustion chambers at high altitudes, which helps them perform better.
The U.S. EPA now requires diesel engines to meet the same pollution criteria as gasoline engines. Carmakers added a device called a diesel particulate filter, which removes visible smoke. "If you’re buying a diesel car from 2007 or later, it’s no dirtier than a gasoline-powered vehicle," says Argonne mechanical engineer Steve Ciatti.
They get peak power when the engine revolutions per minute (RPM) are low, generally at speeds below 65 miles per hour. Gasoline engines, in contrast, get to peak power by running the engine fast and high and the rpm at 5,000 (i.e., with the pedal to the metal).
Since they produce less carbon dioxide, run more efficiently, get high mileage to the gallon, and have their emissions cleaned, diesel-powered cars are an alternative for those who wish to reduce their carbon footprints. Since the technology is already well-developed, they tend to be relatively cheap, too
(Source:https://www.anl.gov/articles/7-things-you-might-not-know-about-diesel.)