Future Motorcycles which you have never seen before


Other future motorcycles are concepts that are still on the drawing board, so to speak (laptop really) and are more design concepts than functional motorbikes. I want to present both types of future motorcycle pictures on this page from the here and now prototypes to concepts that may turn into commercial vehicles one day.
As I had alluded to before future motorcycles will be more powerful that current motorbikes but they will be cleaner running as well. For instance the near future of motorcycles revolves around ones that run on hydrogen fuel cells, battery electric power and biofuels.
The Suzuki Crosscage fuel cell motorcycle (pictured above) is a hydrogen-powered prototype that exists now. Suzuki is putting the Crosscage through road testing with the goal of commercialization in less than 5 years. 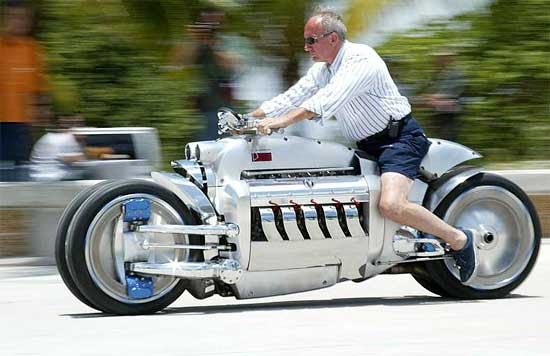 Dodge Tomahawk
So, let’s go back to the future a bit with this Dodge Tomahawk that was unveiled in 2003. Back then this was what the concept of future motorcycles would look like to the designers with its 500 hp Dodge Viper V10 engine. Even though this is a bit old school, it’s still too cool for school today. 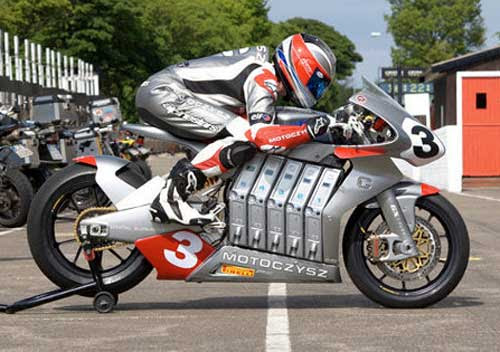 Electric Motorcycle
Now, for new school, electric motorcycles are starting to come of age. For instance, this is the MotoCzysz E1pc, which is the world’s fastest electric motorbike. And no wonder due to the bank of batteries in the middle of the vehicle. 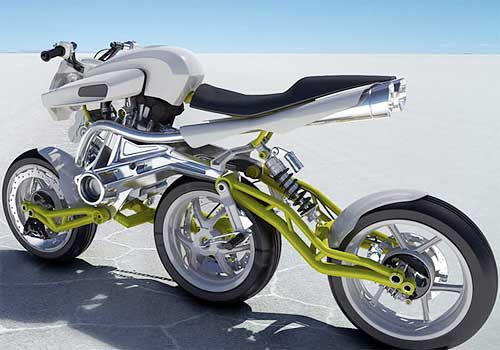 Motorcycle Concept
This is the A3W Motiv concept motorcycle by Julien Rondino. Besides the obvious three wheels in a row, it is made of aluminum and steel tubing plus a 999cc LC8 v-twin engine. 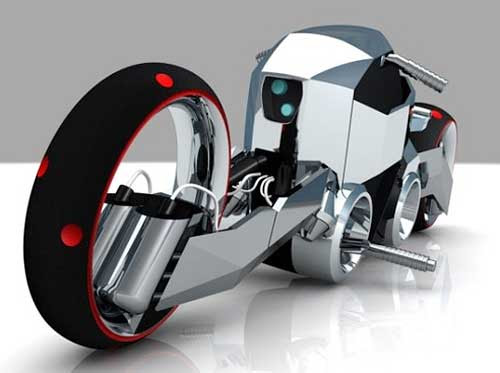 Wrath Motorcycle
The Wrath concept by Alexander Barnard gives us a clue that future motorcycles 30 or so years from now can still go a bit old school with the chopper look. 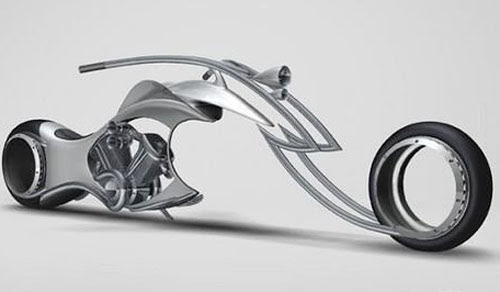 Chopper Concept
Another future chopper concept motorcycle is the Swordfish by designer Alexander Kotlyarevsky. Style and power in one package. Can anyone say “road trip”? 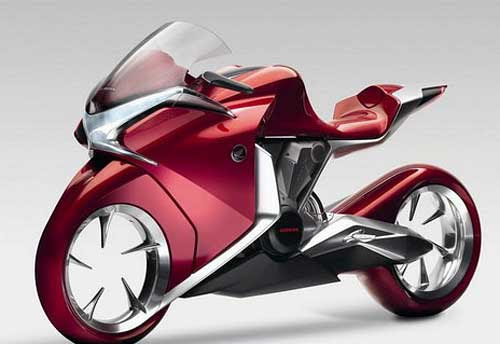 Honda Future Motorcycle
The Honda Concept V4 motorcycle gives us an idea of what the future holds for this vehicle maker. By the time this hits the market, the term “Rice Burner” will have been long forgotten. 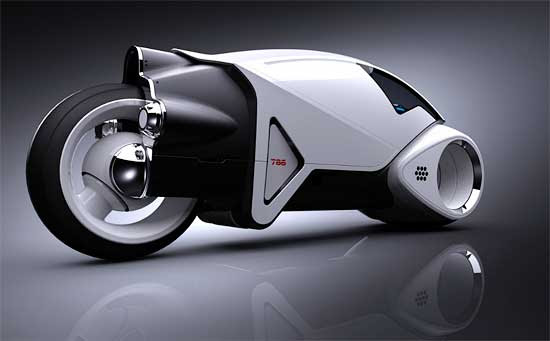 Tron Motorcycle
One day if we are all lucky enough we’ll be around to see future motorcycles such as this Tron light cycle prototype. My heart is racing now.
Credits: Suzuki, Dodge, Alexander Barnard, Alexander Kotlyarevsky, Julien Rondino, Honda