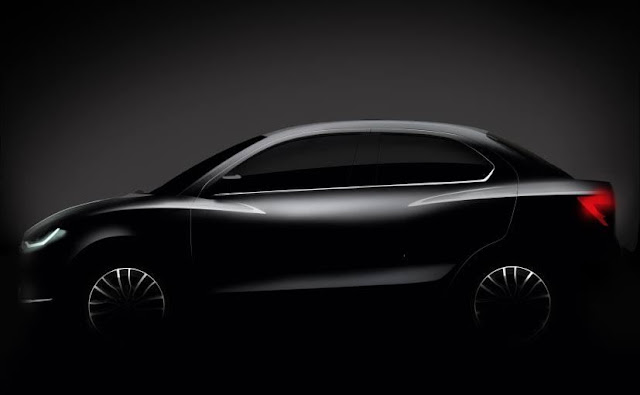 Maruti Suzuki has finally released a sketch giving all a sneak peek into what to expect, and now things are getting more exciting after the launch of Tata Tigor.

The Swift Dzire which seems to be one of the Maruti's most popular and consistent selling car, and has been among the one of the top 10 selling cars in the country month after month and there are already a lot of expectations from the new generation of the car. The engine options which has given on the new Swift Dzire will be remain unchanged and will be continuing to use the tried and tested 1.2 litre K-Series petrol and 1.3 litre DDiS diesel engines under the hood.

Transmission will be including the 5-speed manual on both engines, while the petrol version will get a 4-speed autobox. The diesel will get the 5-speed AMT unit.