By Ashwin Verma January 31, 2017
Gasoline is already the fuel of the past. It might not seem that way as you fill up on your way to work, but the petroleum used to make it is gradually running out. It also pollutes air that's becoming increasingly unhealthy to breathe, and people no longer want to pay the high prices that oil companies are charging for it. Automobile manufacturers know all of this and have spent lots of time and money to find and develop the fuel of the future. 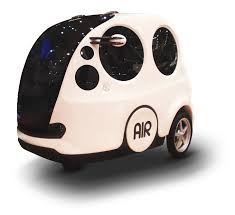 The search is on, but what will this fuel of the future be? Ready-made fuels like petroleum are becoming more difficult to find and automobile manufacturers are turning to greener energy sources like batteries. These batteries can be charged with energy and placed in a car where that energy can be released. As good as that idea might seem, some manufacturers think air could become an even better energy source. 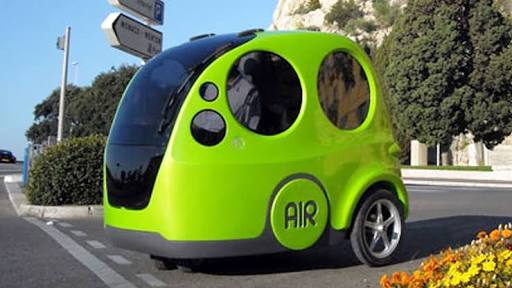 At first glance, the idea of running a car on air seems almost too good to be true. If we can use air as fuel, why think about using anything else? Air is all around us. Air never runs out. Air is nonpolluting. Best of all, air is free. 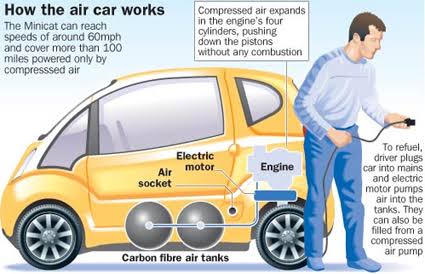 Unfortunately, air alone can't be used as a fuel. First, energy has to be stored in it by squeezing the air tightly using a mechanical air compressor. Once the compressed air is released, it expands. This expanding air can be used, for example, to drive the pistons that power an engine. The idea of using compressed air to power a vehicle isn't new: Early prototypes of an air-powered vehicle go back to the middle of the 19th century, even before the invention of the internal combustion engine.