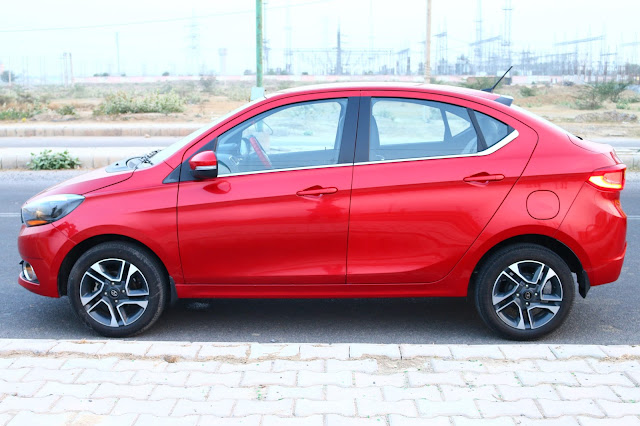 Tata has been quite on a roll since the launch of Bolt and Zest sedan. Though the Bolt didn’t made a lasting impression, Zest on the other hand sold in decent numbers. Still the company wasn’t able to leave a mark until they come up with the Tiago hatchback. Tiago turned the fortunes for Tata and people start considering it too as a choice for their first car. Riding high on Tiago’s success, Tata made another attempt to conquer the hottest segment in the industry i.e. compact sedans with an all new car named Tigor. 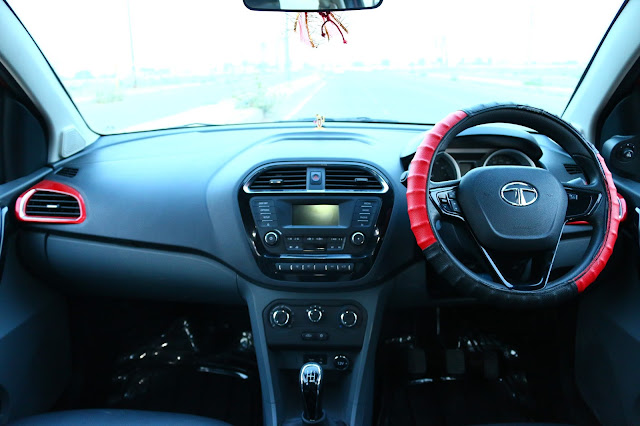 Now here the name seems quite similar to ‘Tiger’ but this car is nothing like a big cat. It has no muscular lines or sharp jawline, neither do it's design looks athletic. It is what it is, a compact sedan. But here the thing is that it is not your conventional compact sedan. Unlike other companies which first designs a hatchback and then paste a boot on it in order to make a sedan, Tata’s philosophy of one is totally different. So different that they dropped the word sedan itself and called it a Styleback. Now we are here to find out how much style statement does it possess. 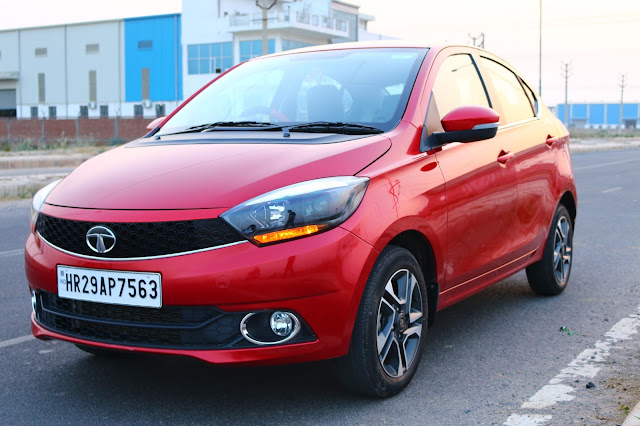 The front of the car is exactly similar to that of what you see on a Tiago apart from some minor changes which includes a new headlamp housing which now houses a projector lamp for low beam. Other changes include a slightly altered front grill. Sides are where all the work has been done. It is from where you realise that Tata has given this car a character of its own.

The roof flows nicely into the boot and gives an overall coupe like look. It has been also scooped up a little bit to liberate that extra bid of head room for the rear passengers. A nice little spoiler is also there housing the rear high mounted stop light. To the rear there is not much going on with split tail lamps and a thick chrome belt in between them running the width of the car. The petrol variant comes with a new 15” dual tone alloy wheels while the diesel variant comes the same 14” wheels from the Tiago. 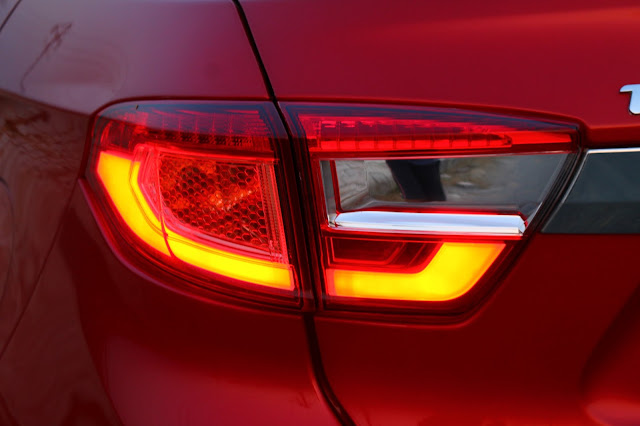 The first time when you step inside the cabin of Tigor, you’ll notice that it is the same as that in Tiago. Though there are some differences like the new colour scheme which is now all dark and also the steering wheel is now an all black unit. The top of the dash is done with soft touch plastics and there is beautiful piano black finished plastic used at the center console and the steering wheel. Also there are some nice touches like the body coloured housings for he side AC vents. The biggest feature to talk about here is the infotainment feature.

There is a 5 inch touchscreen infotainment system on the top spec XZ(O) trim that comes with Tata’s own software that connects to smartphones via app. It is coupled with an 8 speaker audio system tuned by Harman and trust us you need to listen to this to feel how good it really is. The rear seats of Tigor are also quite spacious and supportive but we would say it is best suited for two adults and a child. Tigor’s feature list is also long including Connectnext infotainment system by Harman, upto 8 speaker audio system, bluetooth connectivity, steering mounted controls, reverse parking camera with sensors, dual front airbags with ABS, EBD and Corner Stability Control, rear center armrest with cupholders, cooled glovebox, automatic climate control, remote boot opening, height adjustable drivers seat, tilt adjustable steering and many more. Tigor also boasts a class leading boot space of 419 litres and this happens due to special hydraulics which Tata calls 4 bar mechanism which replaces the conventional hinges thus opening a bit more space. 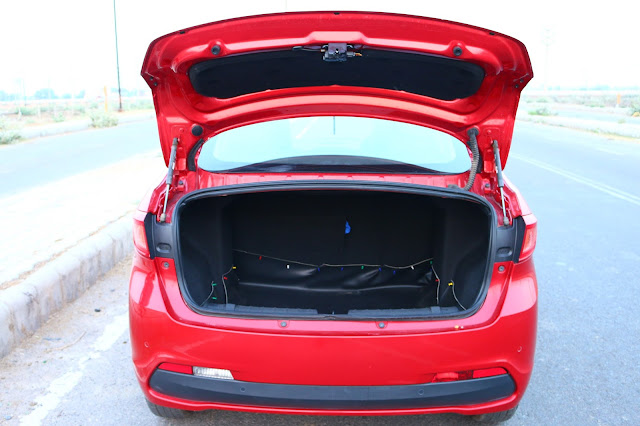 The Tigor comes with two drivetrain options i.e. Petrol and Diesel. Both of these are 3 cylinder motors with the petrol being a 1.2l Revotron mill churning 85bhp power and 114nm of peak torque while the diesel one is a 1.05l Revotorq unit producing 70bhp power and 140nm of peak torque. While the petrol motor is peppy and responsive the diesel motor feels small for such heavy car. The motors aren’t happy being revved hard either. Put your foot down and past 2500 rpm you start to hear the engine being vocal and it keeps on increasing. This is the typical 3 cylinder clatter and is much more in the diesel Tigor. Also while going from a bad section of road, the cabin starts picking up noises of what's going on under the tires. The gearbox is a good unit while the 1st gear seems a bit too tall and you might find yourself struggling between first and second gear often too much while crawling at low speeds. There is another issue with the clutch lever as the clutch travel is a bit too much for our liking. Tigor also comes with an AMT option and though we haven’t got our hands on one yet, it seems it will be a better option for city driving though. There are two driving modes also namely ECO and CITY and there is a notable difference between the two. You get to feel that little extra bit of power on the city mode and the steering also feels quite light due to which it is good for nipping between traffic gaps it city. Eco mode does help in highway cruising and further improves the fuel efficiency. Tata claims an ARAI mileage figure of 20.3kmpl for the petrol and 24.4 for the diesel and these seems absolutely believable, as we got to drive the car a bit and we got some astonishing numbers. Ride quality is where Tigor shines out the most. It just swallows everything thrown at it. At low speeds the tigor just flattens everything barely letting any movement filter inside, but at highway speeds this suppleness makes it hard to corner or change directions. 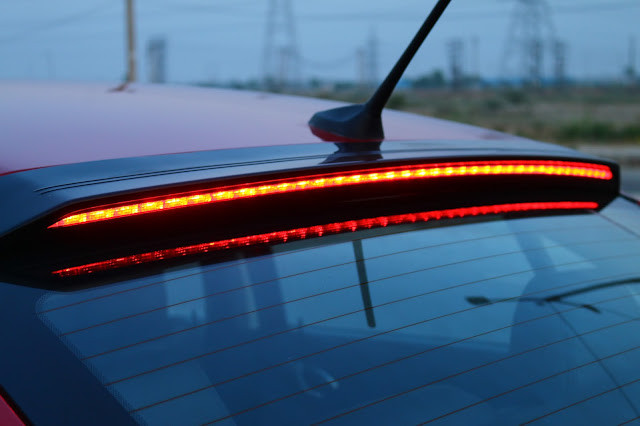 At prices starting from 4.84 lacs ex showroom Delhi, Tigor makes a very strong point and a feature list so extensive, there is no doubt the Tigor strikes a sensible balance between what you pay and what you get.