By Ashwin Verma May 22, 2018
A Rolls-Royce SUV? What? Why do Rolls-Royce even bother to make something that looks likebox, that is ugly? Well the answer lies to this. 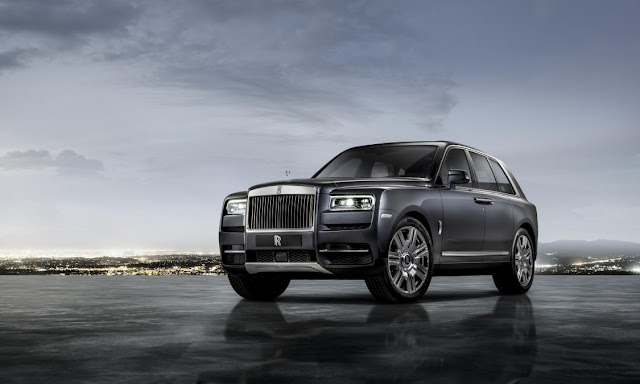 The automotive industry of the world is going through a transformation. We have supercars nowthat are also practical, Hypercars that can solely drive on Electricity and SUVs are becoming thenew big in the towns. People are preferring to buy an SUV rather than a Sedan. More and more companies are jumping into the game and trying to have as many of these vehicles in theirportfolio range. Bentley came out with Bentayga in 2016 and later Maserati came up withLevante and Lamborghini with the Urus. Companies such as the Ferrari and Aston Martin who always shied away from the idea of an SUV are also working on making one. This was when the people at Rolls Royce decided to make a car that can ferry uber rich people to any corner of the world in the lap of ultimate luxury. They wanted something that their customers can use for their
skiing trip or fishing or any other adventure stuff. 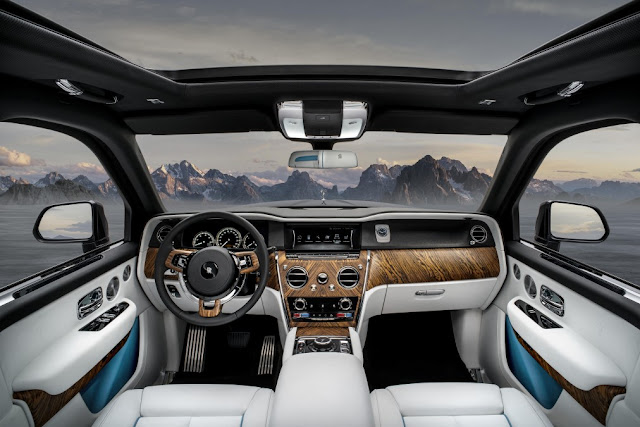 Behold ladies and gentlemen, it's the Rolls Royce Cullinan. Named after the largest diamond ever found by the mankind, this car is errr, large. Measuring at around 5.3m, its even larger than its closest competitor the Bentayga and even the Range Rover Vogue long wheel base which is why there are no plans for extended version of Cullinan. Now it may look to you somewhat like the latest generation phantom, and you’re not completely wrong about that too. It uses the same
all new aluminum frame like the Phantom and which also will be used in coming Rolls-Royce cars too. To the front it looks nearly identical to the Phantom, in fact it looks like a Phantom that had paid a visit to Decathlon. Now being a jacked up Phantom it also sits on massive 22 inch rims and also being a high bodied vehicle it has all wheel drive too. Powering all this tonne of elegance is the same 6.75L V12 from the Phantom producing a sliver over 560hp. As you move around the back you’ll notice a slight hump and this is what the designers at Rolls Royce said is Bustle and for those who don’t know what it is, a bustle is a type of framework used to expand the fullness or support the drapery of the back of a woman's dress. The hatch is also a proper
split gate and there is also an optional package known as viewing suite and what it consists ofare two leather wrapped chairs and a cocktail table. 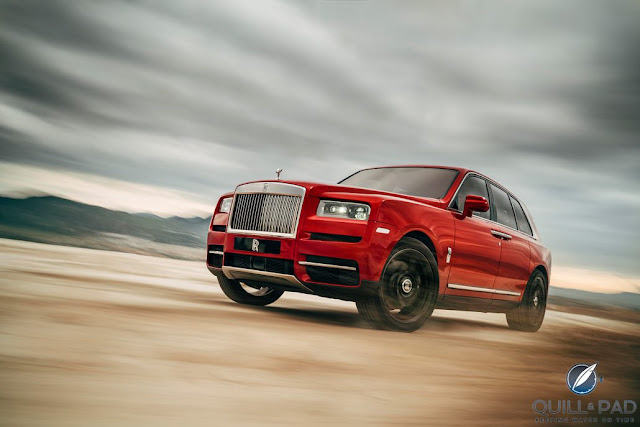 A perfect setting when you want to enjoy
the sunset with your better half, sipping some ultra expensive wine.
Now when you get inside the first thing you’ll notice that is where is the starlight headliner and instead this being a family car you get to choose between the starlight headliner or a massive panoramic sunroof. Also the rear seats have an option for bucket seat for the family guy and
also can be configured as personal business seats. 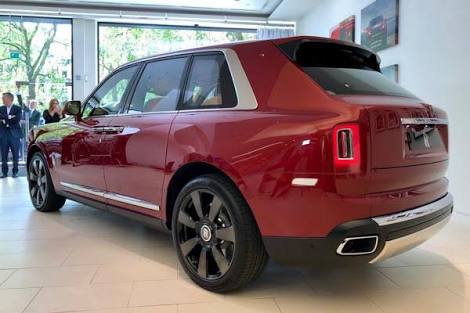 The interiors are done in typical Rolls Royce
fashion and what you see and feel is exquisite luxury. Now the biggest change here in the interior is that now you get an off-road button, for the first time in a Roller. It gets three settings for the off-road modes which are uneven or firm terrain, slippery or loose terrain, very soft or loose terrain. Now let it be anything but atlast this is a Rolls Royce and the rear seats are where you are supposed to spend most of your time.

The space at the rear is humongous. You justcan’t beat Rolls Royce at that, it is their territory. Behind both the front seats are a table andscreen which deploys on a touch of your buttons so while you are cruising back from your office to home you can check where the company charts are going or else you can just mirror 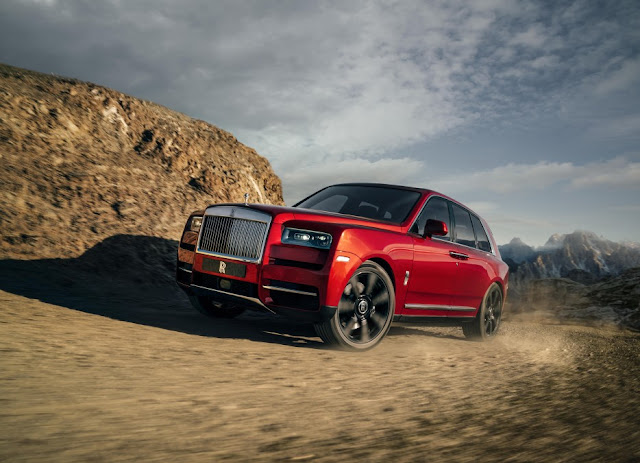 whatever is showing on your phone, now that is some clever tech.